Corporate Member & Board of Trustees 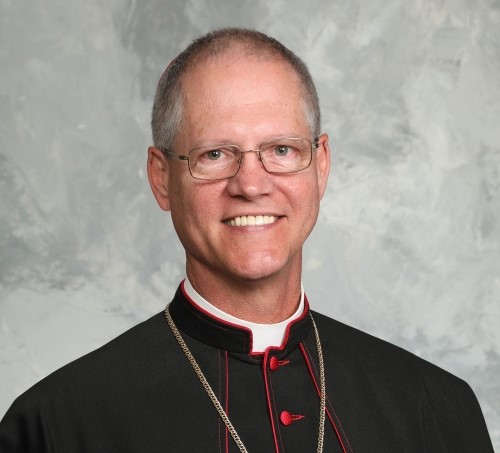 The sole member of this Corporation shall be the Archbishop of the Roman Catholic Archdiocese of Seattle. The Corporate Member shall appoint the members of the Board from nominations made by the Board.

Sr. Sharon was born in Tacoma and raised in Seattle. She graduated from Blanchet High School and in 1963 entered the Dominican Sisters of Edmonds (now merged with the Adrian Dominican Sisters of Michigan). Sr. Sharon earned her nursing degree in 1969, and went on to work at the Edmonds Dominicans’ hospital in Aberdeen and at the University of Washington, taught at Seattle Central College, and provided public health and visiting nurse services, mostly for low-income families. It was while she was a visiting nurse that Sister Sharon joined the social justice committee of the Archdiocesan Sisters’ Council in the mid-1970s. In 1977, Sr. Sharon began doing legislative work as part of the Washington State Catholic Conference, and served as Executive Director of the WSCC from 1997-2017. In 1991, she also earned her master’s degree in theological studies with a concentration in biomedical ethics from Seattle University.

In October 2022, Megan was hired as the Chief Financial Officer for the Archdiocese of Seattle. Megan assists the Archbishop in managing the business and financial affairs of the Archdiocese, overseeing Accounting Services, Associated Catholic Cemeteries, Property Asset Management, Parish Financial Services, Insurance-Property/Liability and the Workers’ Compensation Program. Megan previously worked in finance for Chewy, a pet products company, Amazon, and Maxwell Locke & Ritter.

Michael is the President and CEO of Catholic Community Services and Catholic Housing Services of Western Washington. He was appointed to this position in 1979 by Archbishop Hunthausen. In 2002, he also became President and Trustee of the Catholic Charities Foundation of Western Washington. Michael also provides leadership to his organization’s limited liability corporations and partnerships for many low-income housing projects. Michael’s expertise is in structuring and transforming complex service organizations into integrated service delivery networks. Michael is a graduate of Central Washington University and also brings to his career his culture as an enrolled member of the Minnesota Chippewa Tribe, White Earth Indian Reservation.

Fr. Alvarez currently serves as Pastor of Holy Family Catholic Church in Seattle. Holy Family, a vibrant parish located in the White Center neighborhood of southwest Seattle, has about 1,100 registered households from many cultural communities, including Latinos, Vietnamese, Filipinos and Caucasians. Fr. Alvarez also serves as chaplain at nearby Kennedy Catholic High School in Burien. Father Alvarez was ordained in 2012 and previously served at parishes in Lakewood, the Skagit Valley and Lynden/Deming.

Sharon is Professor Emerita at Seattle University, School of Theology and Ministry. She previously served as Pastoral Associate at St. Andrew’s parish in Sumner and All Saints parish in Puyallup. Sharon grew up in western Washington and has been active in the Archdiocese her entire life. She has overseen parish education for adults, children and youth; was the director of the RENEW program at All Saints parish; was part of initiating SALT (Scripture and Leadership Training) in the Archdiocese; and has directed and taught Scripture in 14 parishes from Bellingham to Battleground.

Ned served as Executive Director of the St.Vincent de Paul Society of Seattle/King County from 2011 to 2019, and now serves in an Emeritus role for SVDP. Since 1975, Ned has worked in residential treatment with youth and families, and managed at every level within the juvenile court system. As director of services for the Kitsap Juvenile Department, Delmore was in charge of a 104-bed detention center and 100 employees in Port Orchard. In the last sixteen years in Kitsap County, he was credited with making Kitsap’s juvenile justice system more rehabilitative and less custodial and getting to the root of self-destructive behavior. Ned is a longtime Seattle resident and was a student at St. Joseph Parish School.

Joel is currently Senior Vice President of Community Partnerships at Providence St. Joseph Health, where he has held a number of leadership positions since joining the organization in 2005. In addition to his work with Providence St. Joseph Health, Joel has also served with the Alaska State Department of Health and Social Services and as Legislator Director, Staff Director and Chief Counsel for the Office of United States Senator Frank H. Murkowski. Joel earned his B.A. in Political Science from St. Mary’s College of Maryland, his M.P.H. from the George Washington University School of Public Health and Health Services, and his J.D. from the George Washington University Law School.

Tim has worked with the Archdiocese of Seattle since 2013, and currently serves as Executive Director of Planning and Mission Effectiveness. Tim graduated from O’Dea High School, earned a BA in Communications from Loyola Marymount University and his MBA from the University of Notre Dame. Tim’s experience includes government affairs work for local chambers of commerce as well as the Washington State Catholic Conference. He has led marketing initiatives for Catholic schools and provided marketing consulting to businesses both large and small.

Ed worked for 28 years as a manager in Patient Financial Services for UW/Harborview Medicine. After his retirement in 2007, Ed studied for and obtained State Licenses for Loan Origination and Life and Health Insurance Sales. Since 2009, Ed has worked as a contractor on special projects for UW Medicine Patient Financial Services. Ed earned his BA in Accounting from the Philippine College of Commerce in Manila, and is very familiar with non-profit health care operations, and government accounting and auditing. He is an active member of St. Matthew Parish in Seattle, serving many years as a member or as Chair of the Pastoral, School, and Finance Councils. He also serves as Coordinator for the North Seattle Deanery’s involvement with the Archdiocese’s Simbang Gabi Celebration every Advent.

Donna has worked for the Department of Social & Health Services for over 20 years in a variety of capacities. She worked for 6 years as a Financial Service Specialist in the Tacoma Community Services Office providing public assistance such as food, cash and medical benefits to families impacted by a variety of hardships. In 2004, Donna began working for the Division of Children and Family Services as a guardianship and adoption social worker for children and youth in foster care. While continuing her work with DSHS, Donna also returned to school and in 2008 she graduated from the University of Washington with a Master’s Degree in Social Work. Since 2012, Donna has been responsible for the implementation of educational services and activities within Region 2 Children’s Administration (which includes the areas of King, Snohomish, Skagit, Island, Whatcom and San Juan Counties).