Following Archbishop Brunett’s installation in December 1997, one of his first official events was the benefit Gala at the Convention Center for Catholic Community Services.  In his address, Archbishop Brunett spoke of coming from a large family in the depression era that provided him first hand awareness of the needs of the poor.  He talked about how he was given a precious pair of new shoes because of the charitable outreach of the Church.

During his years as Archbishop, Michael Reichert, President of Catholic Community Services and Catholic Housing Services, recalls that “Archbishop exercised compassion, insightful stewardship and sound business principles in guiding the agency to address the social and housing needs of the poor in Western Washington. Under his leadership, the agency expanded the provision of services to the homeless, to elderly and disabled persons, and to families in need through dozens of programs too numerous to mention.”

During Archbishop’s tenure the agency served more than 10 million meals, provided nearly 2.2 million nights of emergency shelter, opened 1,101 new units of affordable housing and offered 21 million hours of services to the elderly and disabled.  This is to say nothing of his commitment to communities of concern; Latino, Native people, African American, Filipino and so many others.  To help ensure the financial stability of the agency, Archbishop oversaw the establishment of the Catholic Charities Foundation. 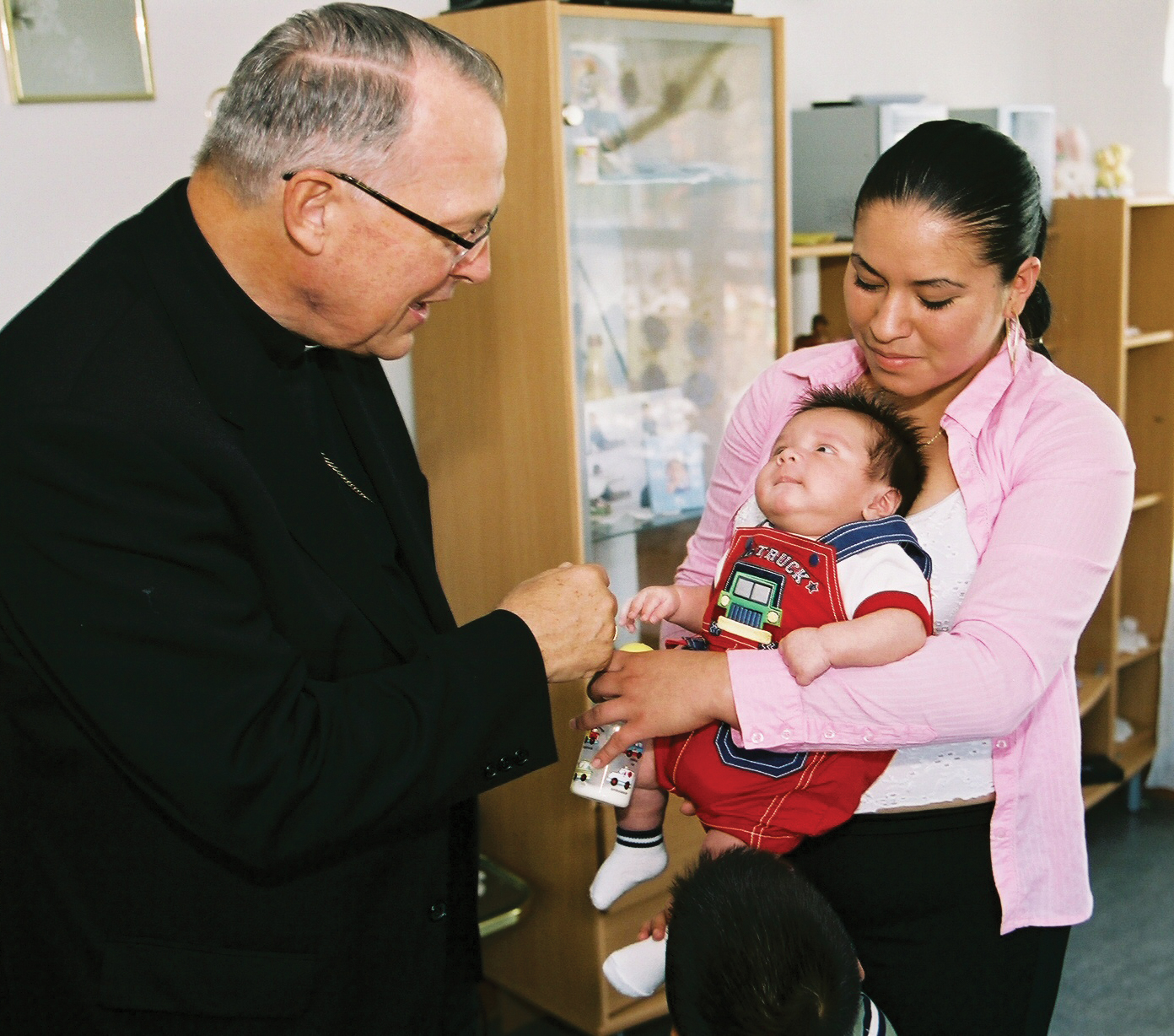 Archbishop was especially committed to the social service needs of young mothers and families in crisis.  He would often reflect on how the Church needed to “walk our beliefs and take care of these fragile mothers and their babies.”

In 2016, the Archbishop Brunett Mothers and Infants Fund was established in the Catholic Charities Foundation for the support of the cornerstone Pregnancy and Parenting programs as well as the newly established parish based PREPARES program.

“We are forever grateful to Archbishop Brunett for his deep commitment to Christ’s call to care for the least, the lost and the unloved through our Church’s charitable outreach. His legacy of care and service to the poor will be well remembered.” Reichert said.