OLYMPIA, WA – 14 years ago Shawn was caught in a blizzard in Aspen, Colorado. That blizzard claimed both of Shawn’s feet. Over the years he found himself in and out of medical treatment, in nursing homes, in a wheelchair and then, back in Olympia on the street. Last month, at CCS/CHS Drexel House, Shawn pushed the wheelchair aside and walked. 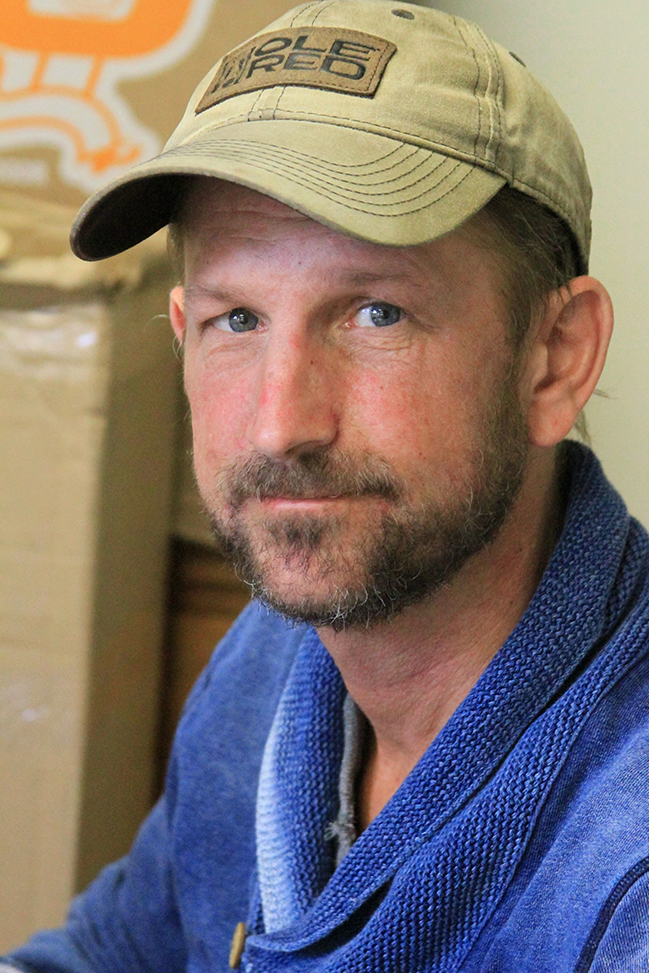 Shawn was born and raised in Olympia but wanted to travel. He ended up in Aspen, Colorado and worked a variety of jobs. He said that finding a job has never been the issue, rather, finding affordable housing has. Due to his lack of housing, Shawn was stuck in a blizzard and ended up with severe frostbite and both feet had to be amputated. A long line of medical stays and follow-ups began.

Shawn eventually moved back to Olympia. Full of despair after an eviction due to a roommate’s actions, Shawn was again on the streets. “Living on the street is not easy and doing so in a wheelchair. . . I started feeling sorry for myself and turned to drinking,” Shawn explained. He sought shelter where he could.

A chance encounter with two Olympia Police Officers connected Shawn with Drexel House where he was given shelter. Soon after Shawn began his 90 day stay, the COVID-19 pandemic hit the world. As we sheltered-in-place, so did Shawn.

At Drexel House Shawn made a big decision, “I decided I wanted to move forward, I wanted to stop feeling sorry for myself and move my life in a good direction.” He stopped drinking and started working on getting stronger. Shawn said that the daily encouragement and support of the staff helped him both mentally and physically. “There is just something about this place that makes you want to do better. The atmosphere of hope and the staff made a real difference.”

Shawn got stronger and progressed to a walker and soon he was walking for the first time in 14 years! “Drexel House has been a blessing, a real God-send to me. I feel sorry for all who are suffering from the coronavirus, for me, the shelter-in-place order has given me the time to make positive changes in a place that really cares.”

Recently Shawn suffered a set-back. While practicing walking, he fell backwards and cracked his tailbone. “It’s discouraging and painful, but the doctors say I can walk again in 6 to 8 weeks. I was doing really, really good – I was even doing stairs!” Despite this new challenge, with his strong will to succeed and the support of Drexel House, we know Shawn will be walking again soon!