BELLINGHAM, WA – Meet Neo. Between a safe home, daily case management, therapeutic programming, and other supportive services, Neo, a CCS/CHS Francis Place resident since December 2019, says he is finally at peace. With its 42 units of permanent supportive housing, Francis Place provides around the clock support to individuals who have experienced chronic homelessness.

Neo lived alone in the forest for years prior to Francis Place, equipped with only a military grade sleeping bag, tarp, and his five essential tools. Survival was a way of life, but Neo craved community and human interaction, and decided to brave the city once again. He was thrilled to secure his own apartment back in his home town of Bellingham. However, repeated break-ins and general lack of privacy made this new living situation a challenge. “I couldn’t handle living in my apartment,” Neo explained. “I was going to end up back on the streets again.” 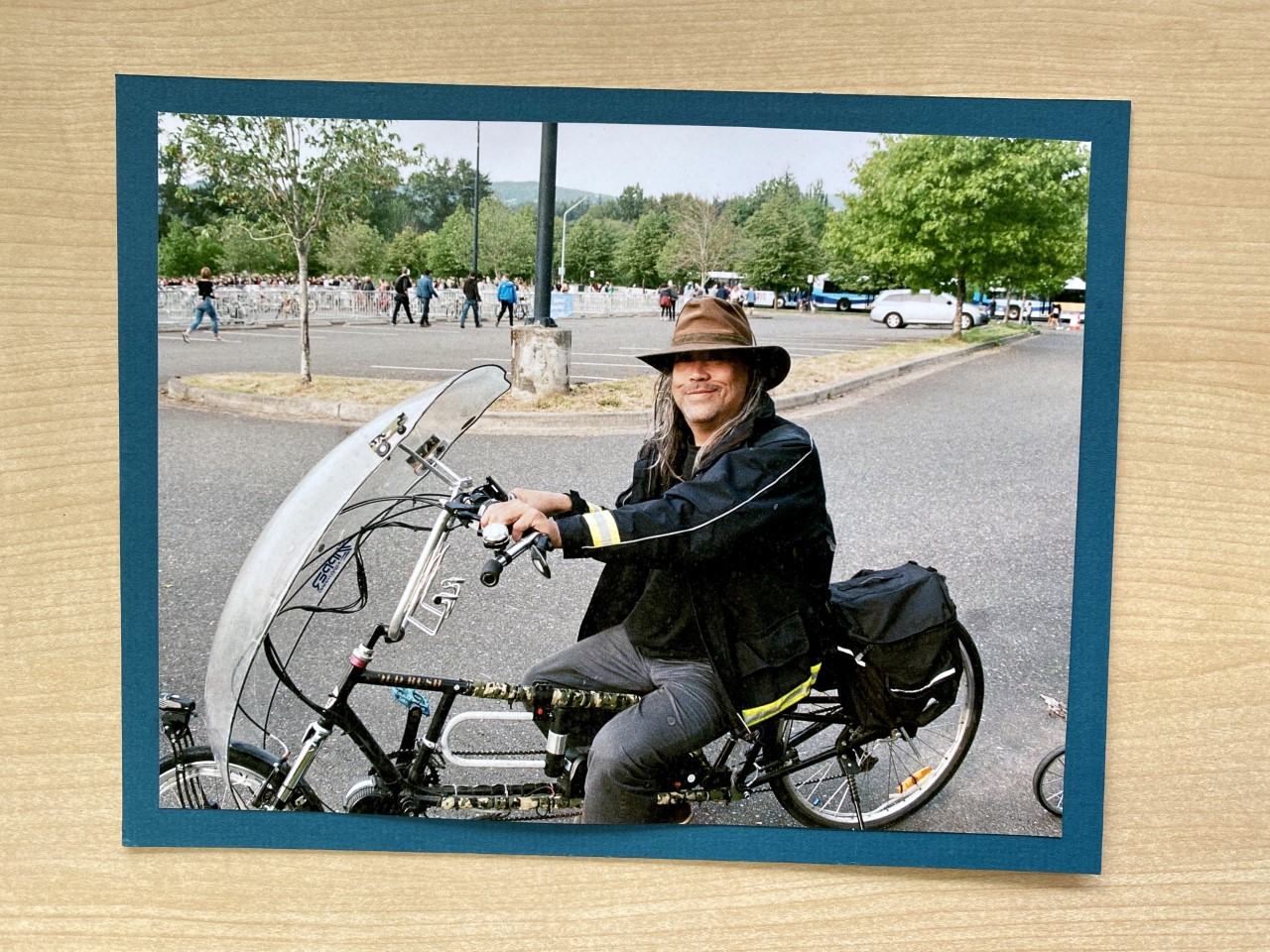 Neo and his beloved recumbent bicycle

Neo was instead referred to Francis Place, and says he does not “ever want to leave.” Residents refer to him as a “gentle soul,” and his case manager, Brady, has dubbed him the official Francis Place dog walker – a role Neo happily fills so that his fellow residents can enjoy other activities. He also finds time to float on his inflatable raft, bike ride, and go on lots of adventures. “I feel safe here,” he says. “I’m at peace, which is the most important thing for me because I haven’t had a lot of peace in my life.” Brady believes that Neo brings this sense of tranquility to other residents as well, reinforcing Francis Place’s philosophy of safety, stability and supportive connections as crucial elements to success.